This article is pure speculation. I neither have any sources inside Apple, Apples manufacturing partners or Apple’s supply chain nor do I consume the same drugs as stock market analysts do to gain their “insights”. I’m just collecting the rumours that are out on the interwebs and try to see if mixing and matching them creates anything interesting.

Due to the growing extent on the technical part of this rumored device I’ve decided to split this article into two parts so you can already enjoy my speculation while I’m still working on the tech aspects.

To be honest, I really have a hard time understanding the hype behind the Pebble. Their Kickstarter Campaign gained over 10 million $ in backers for a wristwatch with an e-paper display that can connect to a smartphone via bluetooth. But 68,929 backers can hardly be wrong, can they? So there certainly seems to be a market for a “smart” wristwatch. 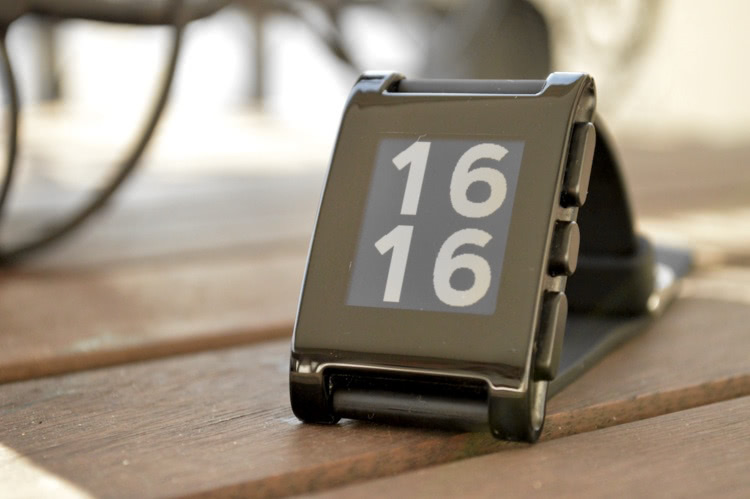 Pebble Smart Watch, picture © by Hugo Bessa from his blog article about the Pebble (in portuguese language), used with permission

There even is a Software development kit available to build your own clock faces for the Pebble like this “Sideways” face by Dominik Wagner. 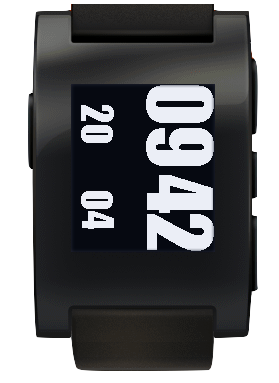 What is a wristwatch used for?

What are people using a wristwatch for today? Certainly the functionality to display a more or less linear time is not of the utmost importance anymore. There are clocks everywhere, on your smartphone, on your computer screen, at trainstations, airports, etc. Realtime clocks are everywhere these days, so just to read the time you don’t need a wristwatch anymore.

Another use case for a beautiful device charming your forearm is jewelry. So the wristwatch you carry is used as a status symbol or affiliation with a certain group, like the local yachting club or golf resort. Devices by companies like TAG Heuer or ROLEX, while being prescision instruments, are sold as lifestyle and prestige objects, their ability to display the time and date are secondary to being a status symbol.

Wrist watches are also used to show the love for technology. An example for this would be the Junghans Mega Series. They’ve got a DCF77 receiver which means it can set itself to the correct time. 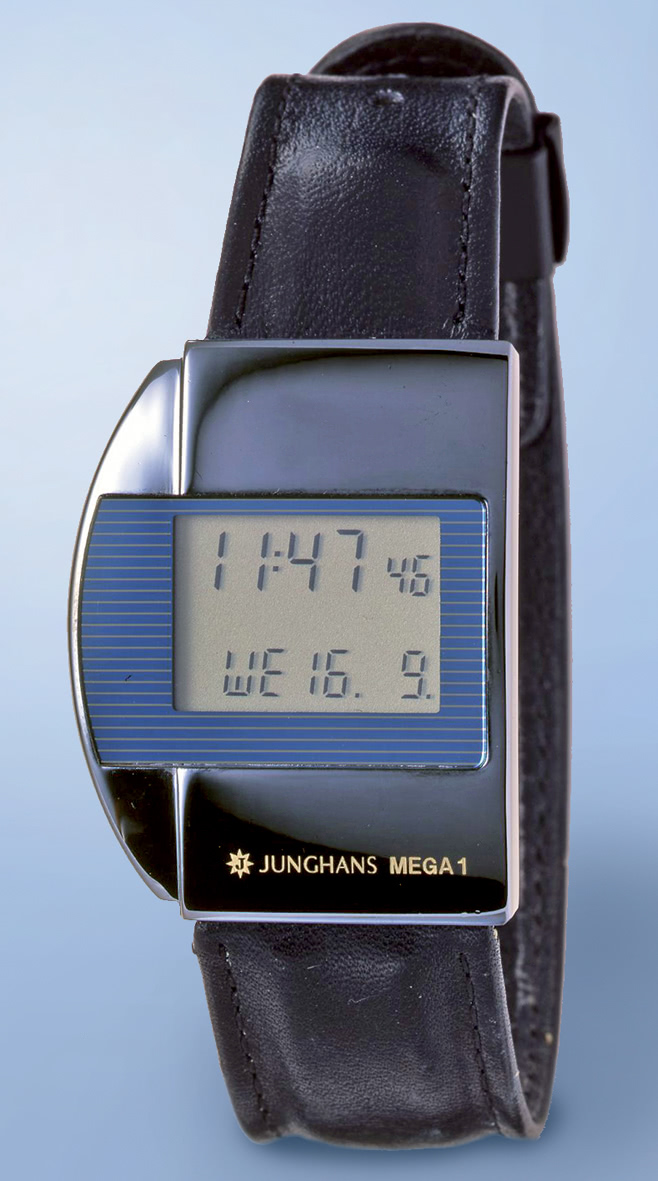 It was followed within a year by a model with analog hands as well as solar powered model in 1995 which also sported a, back then recolutionary, ceramic enclosure.

Junghans MEGA Solar Ceramic (1995), Picture by MichaelDiederich at de.wikipedia CC-BY-SA-3.0, von Wikimedia Commons (If you have a better picture you’d like to contribute, please contact me)

Being solar powered means it never runs out of batteries. Likewise the SEIKO Astron which extends the functionality of the Junhans Mega series with a GPS receiver allowing it to set the correct timezone automatically. This creates it’s very own problem since time zones change ridiculously often so this watch would need a way to update time zone information as well. These are devices that are likely worn for the affection to the technology shown off and to some extent for their industrial design as trappings.

The Pebble watch falls into this technology geeky niche, and is rather not worn just because of its appearance. Certainly not for the materials used, since it’s made from plain plastic with some models sporting a paint job.

Apple does not simply make another product for an existing market. Apple has different ways of entering a market. One way is to essentially create the market from scratch like they did with the iPad. Of course there have been tablet-computer like devices before the iPad, but this class of devices didn’t have a relevant market volume. Another way for Apple to enter a market is to sidestep into an existing ecosystem like the mobile handset makers had to notice in 2007 when the iPhone was introduced. This was achieved by totally rethinking the existing range of devices. Back then the iPhone was totally different from almost every other mobile phone because Apple did not think of designing a new “phone” but a “communications device”. The term “communications device” is key to the approach Apple is taking. Designing a new “phone” would already constrain thinking about a future device. Jonathan Ive (Senior Vice President, Apple Design) did talk about freeing your thinking from constraints when designing new products.

Apple has the ability to tickle early adopters of geeky gadgets, just like the Pebble watch does. Though a ficticious device would have a more appealing industrial design and choice of material. Regarding market segment Apple has always chosen a top-down approach. They start at a high-price with a very focused product, then iterating over the functionality as customers respond with their desire. Though Apple doesn’t necessarily regard their customer’s wishes as relevant for product evolution.

But in the end, for something this complicated, it’s really hard to design products by focus groups. A lot of times, people don’t know what they want until you show it to them.
— Steve Jobs in Business Week, May 12, 1998

I’m certain that Apple would not even be starting to design “a wristwatch” for the reasons lined out. Honestly having no clue about the wristwatch market I still consider it to be sufficiently saturated with existing products and brands covering just about any timey-wimey fetish imaginable. Apple also would not only want to appeal to traditional buyers of status symbols or the geeky gadget afficionadi but create a device that would be of interest to a much broader audience.

These thoughts mostly came up during a prolonged talk with my dear friend Christian who does excellent Apple support work in the Graz/Styria area. We irregularly waffle and rant about all things Apple releated

Thanks to Hugo Bessa for giving me permission to use his wonderful photograph of the Pebble watch from his Análise: Pebble, o relógio inteligente blog article.