What’s on your homescreen?

I’m regularly thinking about optimising my workflows in the hope to increase my prodctivity. (Or at least to make procrastination more effective.) I don’t want to spend a lot of time hunting for an App I regularly use. Some apps I want to have available immediately, even though I don’t use them often.

This is what my homescreen looked back in spring of 2011 on my iPhone 4 running iOS 4.3.x. 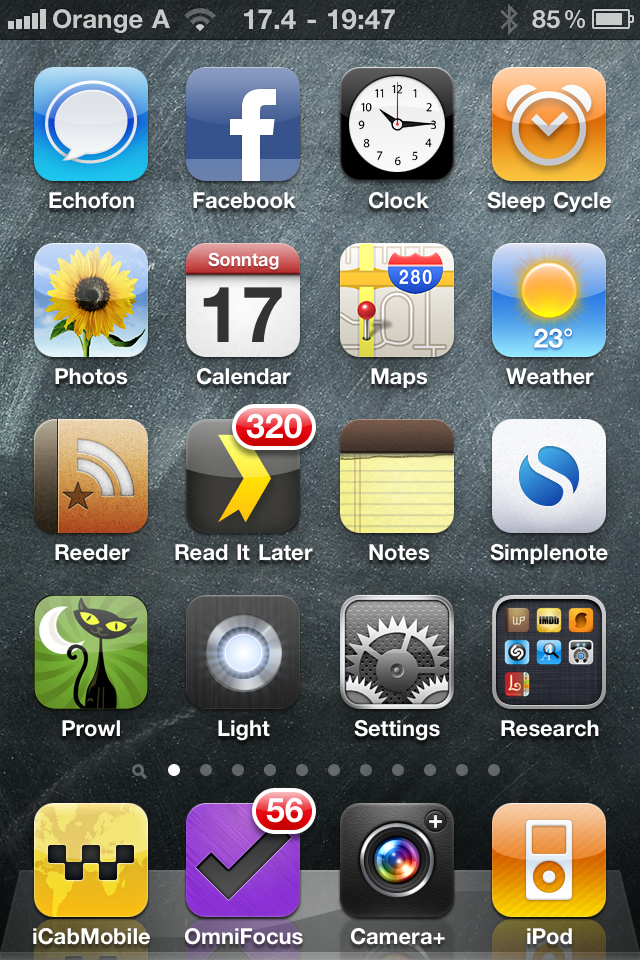 It was arranged to carry most of the apps I used regulary back then. I just empirically put there what I felt belonged there.

Quite a lot has changed since then. I’ve upgraded from an iPhone 4 to a 4S and iTunes tells me that there are 509 way too many Apps on my pocket computer. Of course iOS 6 happened and many of the apps have received substantial updates. The background, surprising to myself as well, is still the same. So this is what greets me at the moment. 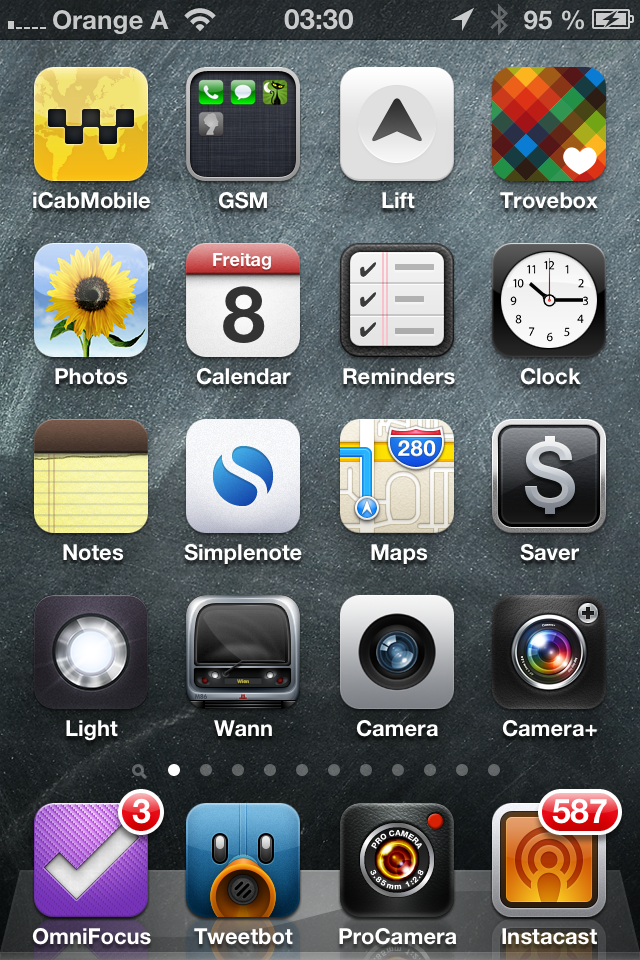 So, what Apps do we see here, what do I use them for and why did I keep them in this precious space?

Not really a good name for that folder, I totally agree. Why are those Apps tucked away anyway? Because I really don’t make that many calls. In fact I hate phonecalls more than email. 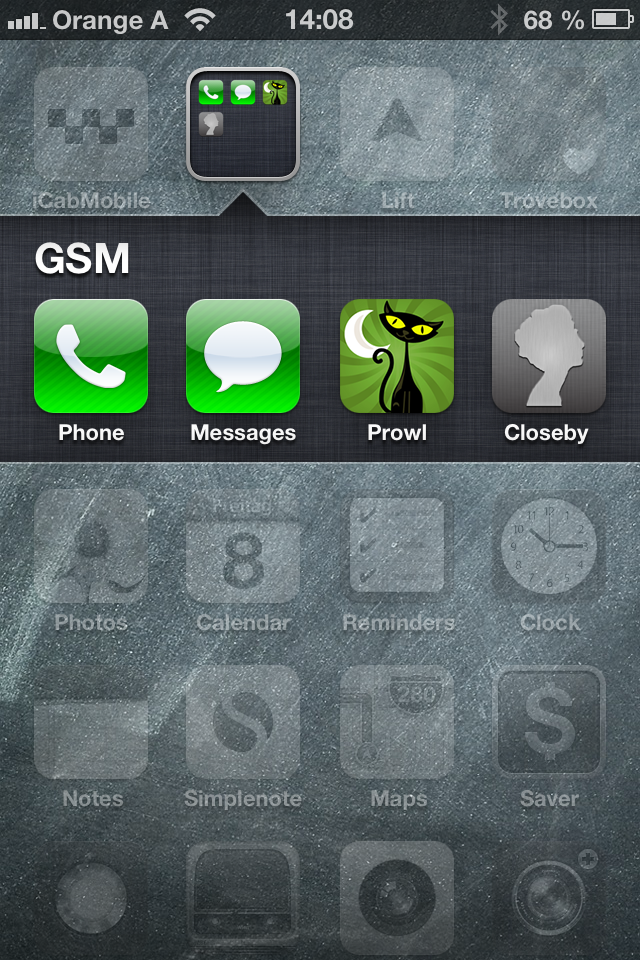 I agree that many things are awry here and this is why I’ve decided to do something about it and analyze my actual app usage to get a better feeling for what should be on my 0th home screen.

Over the next few weeks I’ll be collecting my daily app usage to determine which apps I use on a daily basis and which are less often in use. With that gained statistics I hope to gain enough insight to rearrange my homescreen in a more efficient way. Stay tuned!